The History Of Advertising In A Recession 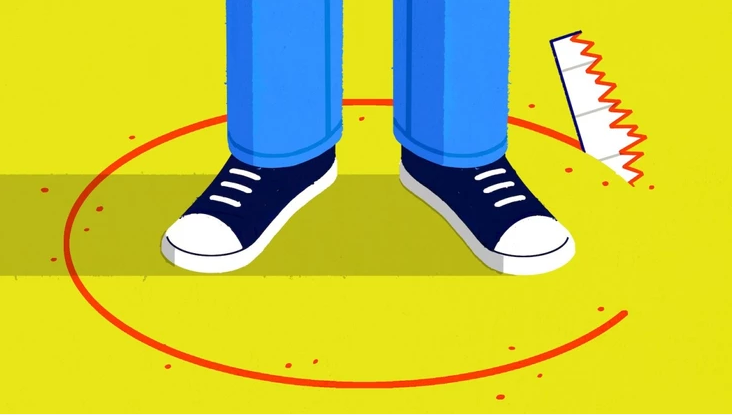 Over the past few weeks, I have connected with hundreds of leaders at publishers, agencies, brands and tech companies. My evening hours have been spent reading countless research papers studying how past recessions have impacted our industry. I have become curious to uncover what we can learn and apply from past recessions that the advertising industry has faced, and overcome.

It is important to me that I first acknowledge that the global health pandemic is priority number one for the world. My heart goes out to all of the front-line health care professionals who are fighting this war to keep us safe. And to all of the people working in countless essential businesses that we rely on and that I often take for granted.

Turning our attention now to the economic crisis that has been triggered is starting to cause a sharp downturn in the advertising industry.

How bad is it?

Kantar surveyed 25,000 people in 30 countries recently. 7 in 10 people say that their household income has been affected or will be affected by the current crisis. People are scared.

Last week, the IAB released the results of a recent survey of 390 media buyers, planners and brands. The headlines are grim.

24% of brands have paused all ad spend for Q2. Digital ad spend is down 38% and spend on traditional channels is down 43% in March and April.

A recent survey of 2,200 marketers by Marketing Week also revealed that the majority of brands have delayed ad spending decisions.

Ad spend is down 33% on social media and 30% on paid search in March and April. It is no surprise that Twitter last week pulled its revenue guidance for the balance of 2020 and Facebook shared that it is seeing weakness in its ad business. No one appears to be immune to the impacts of Coronavirus.

It can be tempting to look at GDP growth or decline as an indicator for the advertising industry. However data from the 2008 recession showed that the revenue declines for major agency holding groups were twice the GDP declines, and for twice as long. Agency revenue started to grow again only 9 months after GDP started to grow again. Martin Sorrell, then CEO of WPP, shared “we led into the downturn and we’ll lag the upturn”.

The cost of going dark

In 2008, Millward Brown shared evidence that 60% of the brands that went ‘dark’ during an economic downturn (no TV ad spend for 6 months) saw ‘brand use’ decrease 24% and ‘brand image’ decrease 28%. Brands that cut their ad budget at a higher rate relative to their competitors were at a greater risk of share loss.

A 2001 analysis from Malik PIMS showed that an increase in spend on marketing and R&D was associated with business success during downturns. Kantar estimates that brands who go dark to save costs will see a 39% reduction in brand awareness and delay recovery after Coronavirus.

An IPA (The Institute of Practitioners in Advertising) study in 2008 reported that “Following a budget cut, a brand will continue to benefit from the marketing investment made over the previous few years. This will mitigate any short-term business effects, and will result in a dangerously misleading increase in short-term profitability. The longer-term business harm will be more considerable, but will not be noticed at first." The report also highlighted that “A brand judged to be on the way down, because it has fallen silent, will very rapidly see this manifested in word-of-mouth, which will accelerate the perception of failure.”

McGraw-Hill Research looked at 600 companies from 1980 to 1985 and showed that those that maintained or increased their advertising spend during the 1981 recession had sales that were 256% higher than those that didn’t by 1985.

Only 8% of the 25,000 consumers surveyed by Kantar said that brands should stop advertising.

Businesses that continue to maintain share-of-voice and share-of-market during a downturn have shown a longer-term improvement in profitability that outweighed the short-term savings.

A unique window for new heroes

Brad Algate published a few examples in a Forbes story last fall about how recessions have been pivotal moments for brands to win market share.

Cereal: in the 1920s, Post was the category leader and significantly cut ad spend during the Great Depression. Kellogg’s instead doubled ad spend (marketing), introduced Rice Krispies (R&D) and profits grew by 30%. Kellogg’s went on to own the category for the next few decades.

Automotive: during the 1973 recession, Toyota increased its ad spend at a time when everyone had dropped theirs. Toyota went on to become the top imported car maker in the US by 1976.

Technology: during the 2009 recession, Amazon grew sales by 28%. They continued to innovate with new products, like the Kindle, which contributed to more ebook sales than printed books on Christmas Day 2009.

One of the best quotes about advertising in a recession is from Wal-Mart founder Sam Walton. When asked, “What do you think about a recession?” he responded, “I thought about it and decided not to participate.”

How to advertise in a recession

During a recession, advertisers will use incentives to match the economic climate. Common strategies include promotions, short-term price breaks and to focus messaging on the value that a brand provides. A pandemic is different.

From the IAB survey, 63% of advertisers have already changed messaging. 42% have increased mission and cause based marketing.

Advertisers are taking a long-term brand building strategy and are focusing less on lower funnel sales tactics. 45% have decreased performance based marketing. For example, Nike is using their ads to focus on the importance of social distancing.

A new approach to creative

A May 2008 Milward Brown paper titled “Marketing During Recession: Survival Tactics” recommended that the best way to leverage media spend during a recession is to put it behind high-quality creative and effectively making creative work harder. Across a variety of categories, brands and channels, creative was found to have five times as much impact on profit as did budget allocation.

The global health pandemic that has triggered this economic crisis has introduced unique challenges to the creative industry that previous recessions have not prepared us for. Creative professionals are severely limited in the options they have to travel, gather and to develop content.

Additionally, campaigns have gotten shorter given the uncertainty of the health pandemic and the need for brands to have tone-sensitive creative while continuing to be present versus going ‘dark’. The channels that allow brands to be agile, dynamic and responsive with creative will see more spend versus channels where creative is static and fixed.

Brands are iterating and innovating with digital creative on social media platforms in near real-time. Expect to see more brands choose to repurpose social creative for other channels.

After the last recession in 2008, the US ad market declined by 13%. Newspaper ad spend fell 27%, radio spend 22%, magazine spend 18%, outdoor spend 11%, TV spend 5% and digital 2%. Many traditional media channels did not recover as the shift to digital advertising accelerated post financial crisis. That begs the question about how this recession may permanently shift the marketing mix between various digital channels. Everything is now on the table.

Media consumption has increased overnight and will likely stay high for the months to come. Web browsing has increased by 70%, traditional TV by 63% and social media engagement by 61% compared to previous levels.

Before Coronavirus, the global digital ad pie of nearly $330 billion was split almost equally between search, social and the web. After Coronavirus, regardless of if the pie is smaller or bigger, the split will be different than a third, a third, a third. What happens in the quarters to follow will influence that trajectory for each segment.

A recent Harris Poll survey brought to light how consumers feel social media is impacting them. 79% blamed social media for amplifying fears. 78% had seen images of people fighting over products in grocery stores. 75% shared that the continual negativity on social media was making people scared.

Facebook shared that WhatsApp usage has jumped by 40% and that total messaging across all of its products has grown by 50% in the past month. A report from influencer marketing platform Klear saw that users were posting 15% more Instagram Stories week-over-week, with an average of 6.1 per day.

Despite good efforts from platforms to provide valuable and trustworthy information for reputable public health institutions, social feeds for 2.8 billion people are even more littered with sensationalism, misinformation and negativity.

This worries me. My parents continue to quote stories to me daily that are clearly false. The only response I have is to continue to lecture them to not trust everything they read on social media. However, I am learning that parents don’t always listen to their kids.

This issue of misinformation is more nuanced in countries where trust in public institutions is low, as consumers have come to trust their social networks more than their governments. For example, Facebook this week took down a post from Brazilian President Jair Bolsonaro where he claimed that “hydroxychloroquine is working in all places.”

In Kantar’s survey of 25,000 consumers, national media came out on top as the most trusted information source, followed by government agency websites. Only 11% of people said they trusted social media.

Facebook announced $100 million of grants and ad credits that would be available to 30,000 eligible small businesses who use their platform. Google announced they would be providing $340 million of ad credits to small businesses. These generous moves from the platforms are going to put additional market pressure on local publishers. The duopoly will unintentionally crush trusted local publishers who will have a difficult time competing with ‘free’.

Turbulence ahead and so are clear skies

After hundreds of conversations, hours of research and much meditation and contemplation, I see the turbulence ahead for the advertising industry and at the same time, see the pockets of clear skies as well.

‍There are countless opportunities for brands and publishers who choose to take a long term view on their business and their customers.

There will be difficult business choices in the short-term that leaders will have no choice but to make. It is important to marry these with faith for a long-term trajectory that can be better than the baseline.

As Winston Churchill said in one of the most trying times for our world, “never waste a good crisis”.

Thank you for your attention. Stay safe.